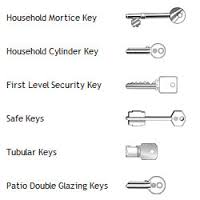 The vast amount of keys used in daily life can seem overwhelming when you stop to think about it. There are keys for your car, your home, electronic hotel keys, skeleton keys, and even more keys that you would likely fail to name. Because keys come in all shapes, sizes, and forms, they can be used for a variety of different things. It can be incredibly useful to know the common types of keys and their associated locks to improve your quality of life and comprehension of basic resources. So, besides house keys and car keys, what are the most common types of keys?

These keys use electronic chips imbedded into the plastic portion to prevent theft. The chip is activated by a radio signal, which is sent from the lock destination. If the circuit code is incorrect for whatever reason, the lock will not work. These keys are incredibly hard to duplicate.

These keys are used mostly in prisons and jails, because their perplexing shape and nature discourage normal lock-picking techniques. The paracentric key has small teeth at its tip and is generally a strange shape.

The most popular key and lock device in Finland, Abloy systems are well-known for being absolutely impossible to pick. Disc tumbler locks need a special key to rotate the disc appropriately, and they do not require springs for this alignment process.

A simple spin on a traditional method, the dimple key design utilizes small holes or dips in the key instead of teeth to line up with pins inside the lock. These cone-shaped dimples are aligned in the same way on either side of the key, so it does not necessitate being held a certain way to be functional.

Though their use is fairly common, tubular keys are less popular than one might think. Commonly used for bike locks, the tubular key is shaped like a cylinder. They can be difficult to duplicate, and they are used to open tubular pin tumbler locks. 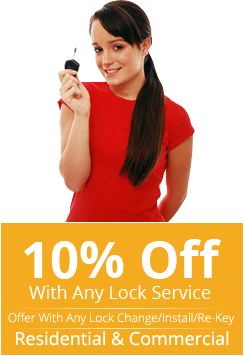 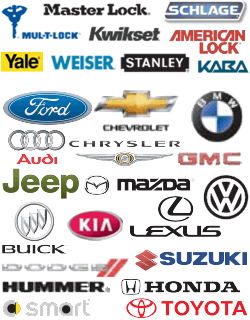